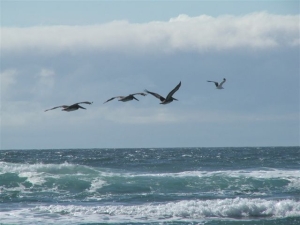 Because of a project I’ve been working on, I’ve become reacquainted with some of the women of the Bible. Although I knew about them and their families and histories, rereading their stories has given me additional insight into their courage and faith. The two women I’m referring to are Jochebed and Hannah.

In case your memory of Jochebed is a little sketchy, my version of her story is that she gave birth to Moses at a time when Pharaoh had ordered that all Hebrew baby boys be murdered. The midwives refused to do this, and they lied to Pharaoh, saying that the Hebrew women were vigorous and strong and that they gave birth before a mid-wife had time to arrive.

Jochebed kept Moses close by for three months, but when he began to grow and become more active, she knew that she couldn’t keep him quiet forever. Trusting that God would preserve him, Jochebed put her sweet baby in a basket covered with tar and placed him in the Nile River. She knew that Pharaoh’s daughter came to bathe there and trusted that the princess would rescue Moses.

When the princess spotted the baby, she felt compassion on him, and although she wanted to raise him as her own (my take on it), she knew that such a small baby would need a nursemaid. Out comes Miriam, Moses’ sister, from behind the bulrushes and tells Pharaoh’s daughter that she knows someone who will nurse and nurture the baby until he can be weaned. The princess agrees to this arrangement.

The day of separation for Moses and Jochebed comes at last, and he is raised in Pharaoh’s palace with many advantages, including an education that prepares him for his vital leadership role as an Israelite leader.

What would have happened if Jochebed had said NO to letting him go?

Hannah is the other mother on my mind. She had wanted a child for years, and yet she remained childless. Although her husband Elkanah never complained about her childless state, she was grieved by it, especially when she saw the children who had been born to Elkanah and his first wife.

When Hannah and Elkanah traveled to Shiloh, she went to the temple to pray for a child. Eli the Priest, after inquiring about what he perceived to be her drunken state, learned of Hannah’s fervent desire for a child and of her promise to give him to the Lord “all the days of his life.”

Eli told Hannah to go in peace and promised that God would grant her petition. She trusted in that assurance completely, and after Samuel was weaned, Hannah kept her word. It must have been difficult to turn her precious little son over to Eli, but Hannah felt that Samuel was indeed a gift from God and wanted to turn he over to Him.

The day of separation for Hannah and Samuel came at last, and she went back to the tabernacle and presented the child to Eli to be raised there. I don’t know how often she saw her son after that day. Some speculate that she visited him regularly. I don’t know. I do know that (to me) it gives deeper meaning to the oft-cited phrase, “Let go and let God.”

What would have happened if Hannah had said NO to turning Samuel over to Eli?

Moses grew up to be one of the most influential men in all history, a man whom the Lord knew “face to face.” He led the Israelites out of Egypt and later gave us, through God, the Ten Commandments. Samuel was a remarkable man whom God used as a great prophet and judge of Israel.

I can’t help but wonder what their lives would have been like if their mothers had continued to keep them close or to meddle in their lives. Sociologists and psychologists study a social phenomenon called helicopter parents who hover over their children, even adult ones, ready to swoop down and take over regardless of age or of the child’s abilities, desires, or predilections.

Sometimes it’s hard to know when to step back and when to become involved. And sometimes it’s hard to distinguish between involvement and interference. I have no answers to this dilemma. I just know that we might never have heard of Moses or Samuel if their mothers hadn’t turned them over.

What do you think? How can mothers know when to when to let go? How do they stay on the involvement side without crossing over into interference?

A lunch conversation brought to mind a few more thoughts about fathers and their importance in the life of a child. As we talked about the roles mothers and fathers, it occurred to me for the umpteenth time that they are indeed different. Mother Nature coded us differently from the “get-go’ and that 23rd pair of chromosomes continues to affect our thinking and behavior throughout our lives.

While there are exceptions to this, women are the nurturers. Men are the fix-it people, the ones who see a problem and want to solve it right away. Women want to make things all better, and men want to tackle the issues head on. This way of thinking even affects the way parents handle issues with their children.

Parents look ahead to the future and feel uncertainty, anxiety, and perhaps even downright fear when they consider their children stepping into it. The world is fraught with danger and peril, and each parent wants to prepare the child for it. Their ways of preparing youngsters for the world of tomorrow is different, however. Mothers are more likely to see the possible dangers and warn the child to be cautious and careful. Fathers, on the other hand, are more likely to tell the child to step up to the plate and be strong.

The different parental approaches remind me of the difference between justice and mercy. Both are good; both have their value. And yet too much of one without the other is potentially harmful for the development of a well-rounded and responsible individual. When our children were small and would wail, “That’s not fair,” I was inclined to commiserate with them and agree that while it isn’t always fair, that was just the way it was. “Sorry, Sweetie,” I’d say. Their father, on the other hand, would often quip, “Who says life is fair???”

Sometimes parents can switch off and take turns between nurturer and tough guy, but a child needs both approaches. He or she needs justice AND mercy. Sometimes she needs a big dose of TLC and sometime she needs a reality check. When my daughter Carrie was a college student, she was having a little too much fun, and her grades were slipping. I gave her some encouraging pep talks and reminded her of the importance of education. Truthfully, I don’t think it fazed her at all. Her father told her that if her grades didn’t improve, the gravy train was over. That got her attention, and she immediately began to turn things around.

Maybe some single parents are able to be both the nurturer and the task master, the one who tries to make things “all better” and the one who encourages the child to “man up” (even with female children). But me? I needed both  mercy and justice when raising children, and I think most households do.

Is there any greater legacy for a man to leave than that of being a responsible, dedicated, and caring father? At the end of life’s journey, I don’t think money or fame can top it in importance. For a child, there are empty places that only a father can fill.

It started with Courageous. Then later that week, I saw a huge billboard with Simba and Mufasa, the words “Be a dad,” written across it. For several moments, I reminisced about The Lion King and its many great themes, one of which is the importance of “remember(ing) who you are.” The movie also said a lot about effective leadership and the power of example. I could go on and on about the attributes of the movie, but I couldn’t do it justice. It’s something you need to see for yourself.

The two movies made me think of other fathers, young and old, living and deceased, and their tremendous potential for influencing their children. Of my young favorites, there’s Rich whom I’ve already mentioned in an earlier post; my son Paul; and Ryan and Charlie, my husband’s son and son-in-law respectively. What all four of these young men have in common is the love and caring that they extend to their children every single day. All work hard and are willing to sacrifice whatever it takes to care for their growing families. Their children look up to them and enjoy spending time with them.

Don’t believe me? Here are a couple of recent examples. My daughter-in-law Amanda says that she and Olivia Jayne will often go out on the balcony to wait for Paul when it’s time for him to come home. As soon as the tiny tot sees her father, she gets excited and starts stomping her feet. Recently, little Allie spent a couple of hours with us one morning before school started, and one of her favorite topics of conversation was Daddy, Daddy, Daddy (a.k.a. Ryan). And then there’s Hannah, Charlie’s oldest child. A sweet and precious child, she has often shown me a pearl necklace that her father gave her one evening when they went to daddy/daughter event.

Fathers of adult children are important too. Regardless of age, children need fathering, especially when it involves showing an interest in their lives and expressing a desire to spend time with them. As a quick example, my daughter Elizabeth enjoys monthly outings with her father. Whether shopping, enjoying a movie, or sharing a meal, his presence in her life clearly says, “I love you.” Then there’s my husband who talks with and sees his children on a regular basis. Last week, he spent one day hog hunting with Ryan and another day visiting with Lauren and her children.

Speaking of older fathers, last week I attended the funeral of an 84-year-old father, step-father, and grandfather. After the demise of his first wife, he married a friend of mine who had four young children, and for over twenty years, he’s been “there” for them. At the funeral, these four young adults sang a beautiful hymn in a tribute to Will.

Is there any greater legacy for a man to leave than that of being a responsible, dedicated, and caring father? At the end of life’s journey, I don’t think money or fame can top it in importance. For a child, there are empty places that only a father can fill. Even someone of presidential stature, Barack Obama, speaks of feeling a “father hunger” for much of his life.

Lest you think that I’m dismissing the importance of mothers, I’m not. It’s just been my experience that if a parent “bails out,” it’s more likely to be the father. Why is that? And what can be done to reverse this social trend?