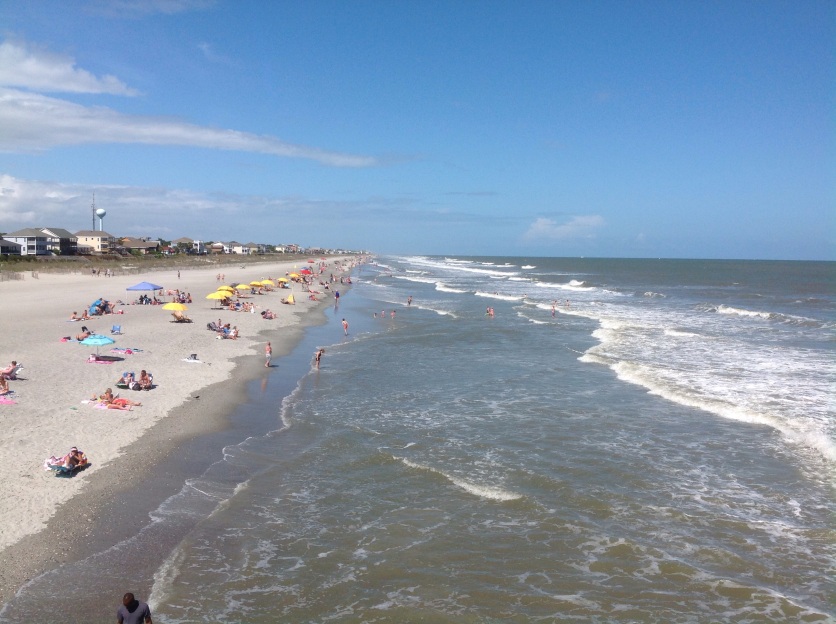 Yesterday at the beach I was flipping through Sasee, a publication I enjoy reading while in Myrtle Beach. After finishing Night, I wanted to peruse something light, something heart-warming and fun.

I became increasingly aware of this strident, shrill voice coming from my left. My feelings soon went from annoyance to downright anger. Did she really think she was going to persuade her companions of the correctness of her viewpoint by talking that way? Doesn’t she know that people can’t be bullied into agreeing with you?

I moved my chair down near the water’s edge. Ah, bliss. The sound of the surf drowned out just about everything, and I could read in peace.

A few minutes later, I heard it again—that irritating voice. Couldn’t be, I thought. But it was. The opinionated sunbather had followed one of her friends into the water and was haranguing her about a topic of obvious (to her) importance.

Here’s the thing. No one wants to be talked down to, and no one is going to be convinced of the truthfulness or awfulness of a person, place, thing against his or her will. There are ways to influence others, but hers is not one of them. Neither are the continuing posts, memes, and comments from hate mongers that I see on Facebook every single day.

If you hate Hillary or Trump or Obama, fine. Keep it to yourself. I prefer reading, listening to, and watching the news for myself. So do most people.

For now, I’m going to, figuratively speaking, move my chair to the water and away from the diatribe. I’ve already begun clicking “hide post” to posts that are unfounded and hateful.