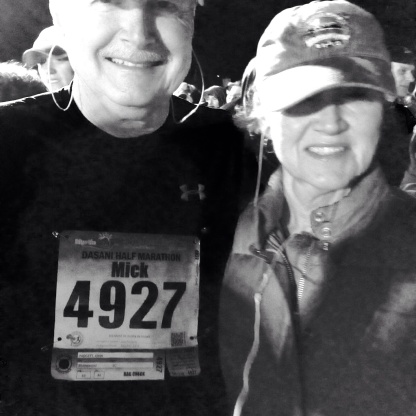 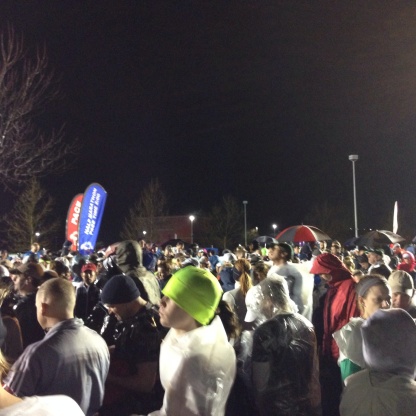 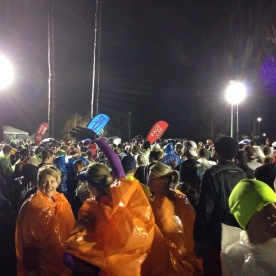 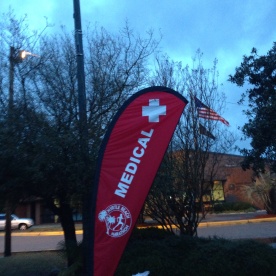 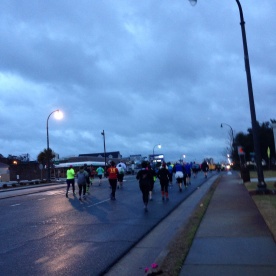 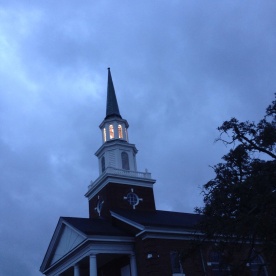 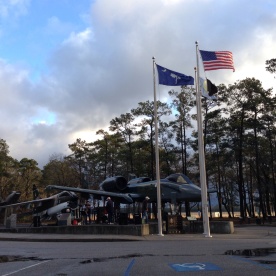 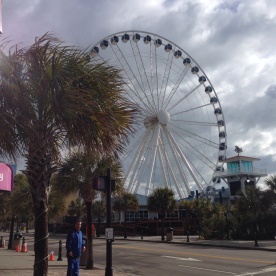 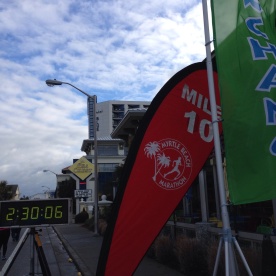 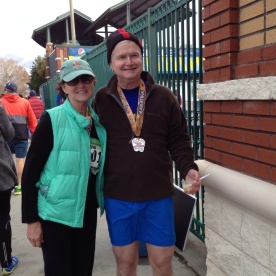 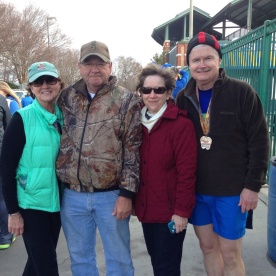 It will probably take several days for my skin to recover from yesterday’s wind. By the time the half marathon in Myrtle Beach was history, my face was red, parched, and stinging. Walking 13.1 miles straight into the wind can do that. Okay, maybe it wasn’t the entire 13.1; maybe it was only 12. Without a doubt, I know that anyone who participated in yesterday’s event will say, “Wind!” if asked about the weather conditions.

Yep, it was brutal. But here’s the thing. In a few days, my skin will be “right as rain,” as the cliché goes.  It won’t be glowing and luminous the way a 25-year-old’s skin would, but well, you know, I’m not 25. What I’m saying is that my face won’t hurt anymore and that it will be back to a senior citizen’s normal.

Why am I going on and on about my skin? It’s because of some comments I heard back in 1996 before I did my first full marathon. The event was to take place in Anchorage, Alaska, and several dozen people from Myrtle Beach and surrounding areas were part of Leukemia Team in Training group. We met  at least once per week to learn about Anchorage, leukemia research, and how to train for a marathon.

One night we were privileged to hear from a woman from Sumter, SC who had participated in the Anchorage event the year before. Some of her words made a lasting impression on me, and yesterday they resurfaced and reminded me that after a certain point, whining and complaining about injuries and discomfort are taboo. I say “after a certain point” because it’s permissible to share war stories. However, NO ONE wants to hear another person go on and on and on about shin splints or stiffness.

In my words, here’s the gist of what she said: The morning after the marathon, you’re going to be stiff and achy. You’ll feel pain in parts of your body you never knew you had. You might not be able to walk normally for several days. But for the most part, after a good night’s sleep and a warm shower, you’ll begin to feel better. And a day or two after that, you’ll be “good to go.” However, the leukemia patients that you’re walking/jogging/running for aren’t so lucky. They need more than a warm bath and good night’s sleep. They may, in fact, never be as fortunate as you are right this minute.

Those words were sobering and powerful.

We left Alaska on a Sunday morning and had a layover in Salt Lake City. From the airport, I called my friend who had multiple myeloma, a form of leukemia. She was “resting,” and we didn’t talk but a few minutes. I hung up the phone knowing that I was alive and well on the mend. My friend was weak, tired, and in need of a miracle. She has long since passed away, and I have a red, stinging face and a little bit of stiffness.

I’ve never whined about walking or jogging related injuries since that afternoon. I might complain just a tiny bit, but I prefer to call that type of complaining just stating the facts. After that, I think about the motivational talk I heard in the gymnasium on the old Myrtle Beach Air Force Base back in 1996. And I think about my friend Linda.