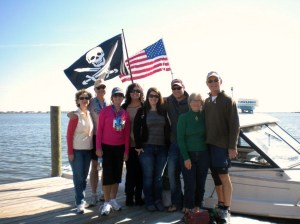 It’s no secret that I’ve been training for a half marathon this coming Saturday. Don’t get me wrong. I’m no speedster. It’s not like I’m going for the gold. Not at all. I just want to finish the 13.1 miles with a reserve of energy left for the day’s events. And I’d like to have only a minimal amount of discomfort. No stiff legs the next morning.

As I’ve trained (using this word a little loosely), a lot of advice and a number of platitudes have come back to me. I’m sharing a few in the hope that doing so might motivate you in some way whether it’s an exercise goal, an academic challenge, a work aspiration, or a family objective.

My first husband used to advise me to go for endurance and then work on speed. There are many people who do little to prepare themselves for success and then give it all they’ve got on the big day. This doesn’t work, at least not usually. One of my nephews did literally nothing to prepare for the Cooper River Bridge Run one year, and yet on the big day, he managed to whiz by all of us. However, he was 16 years old and physically fit.

Go the distance to reap the reward.

A platitude with a lot of truth behind it is “Winners never quit, and quitters never win.” For the most part, I believe that. If I were to sing and sing and sing and never get selected for the choir, I’d feel justified in quitting. Why? I’m just not good enough.

However, there are thousands, probably millions, of people out there who quit endeavors of all kinds, not because they don’t have what it takes but because they just aren’t motivated enough. Maybe they’re lazy. Maybe something else motivates them more. Or maybe they’re actually afraid of success. There’s a syndrome about that (FOS).

If I quit on Saturday, it will be because my left knee finally cracked.

When I was 34 years old, one of my best friends died of cancer, and until that time, I had never seriously considered just how quickly a person’s life could end. She was so young and beautiful. Recently married, she was just beginning to adjust to married life and was considering buying a house.

On the weekend of her funeral, I was jogging, my mind filled with memories of my friend, when I recalled an article I’d read in Runner’s World. The author told of coming upon a fatal accident while he was out running one morning. Disturbed by the scene, he jogged away with an increased appreciation for his healthy heart and lungs and thought, “Ah life!” Exactly!

I know there are readers out there who are working towards something, some goal that’s important to them. What advice can you add to the above? Or perhaps you’ll consider sharing a story of your own.