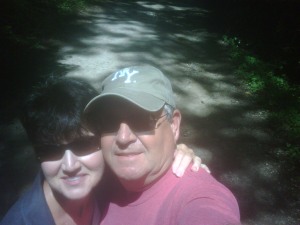 I’m sincerely going to miss graduation tonight. Except for two years ago when my husband and I went on an anniversary to NYC, I’ve been to nearly three decades of them. I can’t state an exact number because in the early years, faculty attendance wasn’t required. As time went by, however, the event became bigger and of greater importance.  That was okay by me because I enjoyed the pomp and circumstance and the excitement of the graduates and their families.

The sure knowledge that I would have a full life without attending graduation was one of the factors that let me know it was time to retire. There were others that I don’t have the time or inclination to recount tonight. Suffice it to say that there were several. Okay, here’s just one. My daughter Carrie was expecting her fifth child, and teaching on a full-time basis would prohibit me from jumping in the car and driving the three hours to her house just because.

My  husband and I have often talked about how a person needs to know when to hold them and when to fold them, and last year when I took off my cap and gown, I know that it was time to fold them. So off we went to Myrtle Beach and had a midnight breakfast at a Waffle House. I still remember the young man working there that night. From Virginia, he shared some of his life story with us, and I gave him the big pep talk about getting an education.

This year we’re in Helen, GA getting ready to go out to dinner. It’s probably going to be German cuisine instead of waffles and bacon. We’ll be walking down the streets of Helen trying to find just the right restaurant about the time my friends and colleagues are sitting in their hot robes witnessing the accomplishments of their students and enjoying the ambience of the evening. I’ll be there in spirit (whatever that means exactly).

As my friend Martha said on facebook earlier today, lots of young people have overcome many odds to walk across that stage tonight. So have many older ones! To quote Martha, “Blessings rain on  them!”