Don’t get your dander up. Although this is a post about the upcoming election, it’s not one that bashes either candidate. In fact, while eating lunch with a friend yesterday, we concurred that while our presidential choice differs, we still feel that both candidates are men of integrity. That said, I’m tiptoeing away from further discussion and want to write just a little about the importance of voting. 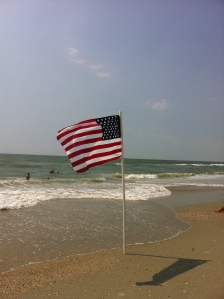 Don’t get your dander up. Although this is a post about the upcoming election, it’s not one that bashes either candidate. In fact, while eating lunch with a friend yesterday, we concurred that while our presidential choice differs, we still feel that both candidates are men of integrity. That said, I’m tiptoeing away from further discussion  and want to write just a little about the importance of voting.

We live, hands down, in the best country on the face of the earth. Naturally, I haven’t visited them all, except in books and other written material, but I feel fervently that this is a land choice above all other lands. I just finished reading The Lizard Cage by Karen Connelly, and in it she describes the solitary confinement and brutal treatment of Teza who is serving a 20-year prison term for singing about politics and power in a country (Myanmar) where political dissent was (is?)  forbidden.

Here in America, people sing against, laugh at, and show disrespect for leaders and candidates, and nothing happens. I’m not saying that something should. I’m just saying that we take our freedom to speak and voice our opinion for granted. Last night I watched a SNL video of the debate between vice presidential candidates, and while I thought it was amusing, I was again struck by the incredible freedoms we have. In many countries, the actors would probably be dead by now. Or no, I doubt that some spoof like the one I saw would have even gotten off the ground.

Back to The Lizard Cage. I might never have known about this book had I not been introduced to it in The End of Your Life Book Club by Will Schwalbe. In this book, the author also relates three of “The Ten Commandments of Voting,” a pamphlet that his mother had been given while visiting an African country in which people were allowed to vote freely for the first time. I’m listing these three commandments right from Schwalbe’s books in the hope that they’ll move you as much as they did me.

What can I add to these statements written in a pamphlet encouraging people who were able to vote freely for the first time, people who were well aware of the privilege and power of casting their vote? Nothing, unless it’s to remind everyone of our insanely wonderful (and sometimes wacky) American culture and all of the freedoms we have.

Yesterday I read of an aftershock hitting a poor, mountainous region of Sichuan province in central China that toppled thousands of buildings and injured hundreds of people. This follows on the heels of the worst earthquake in three decades with a death toll of over 62,000 people. While everything associated with the situation is tragic, the tiny orphans are the most heartbreaking. Then there’s the Myanmar cyclone and the ongoing loss of life there; at least now it seems that a turning point has been reached that will allow foreign aid workers entry into the area. We’ll see. Closer to home, today’s The State reports that a guardsman from SC was killed in Afghanistan when his unit was attacked.

All that is sad, bad stuff and it makes me think of a conversation I had with some of my lunch buddies last week. We were discussing religion, God, His purposes, the Old Testament vs. the New Testament, whether Job really lived, and so forth. Towards the end of our hour, someone wondered how God could allow such tragedies as those in China and Myanmar to occur…not to mention the thousands on a smaller scale. No one had any answers that day, and I don’t have any today either.

However, yesterday I came across a quote by Howard W. Hunter that I had jotted down on one of my little writing pads. “God knows what we do not know and sees what we cannot see.” It’s about the same as the verse from Isaiah that assures us that “For as the heavens are higher than the earth, so are my ways higher than your ways, and my thoughts than your thoughts.” Isaiah 55:9

No, that really doesn’t satisfy all of our questioning and seeking, but it does remind us that perhaps our minds are too small to comprehend the events of the world in the same way that God does. After all, He’s God, and I’m Jayne, a mortal who breathes, walks, talks, and enjoys chocolate because it’s His will that I do so.

I have to remind myself that I “see through a glass darkly.” At the same time, not believing in God because surely He could have stopped such catastrophes and loss of life doesn’t change the situation. In fact, what else is there to believe in? Does not believing in an omnipotent being aid in understanding or grant peace? To me, the answer is no. In fact, not believing is a little scary, and for now I’m content to follow Heber J. Grant’s advice to let the mysteries of heaven wait until I get to heaven.