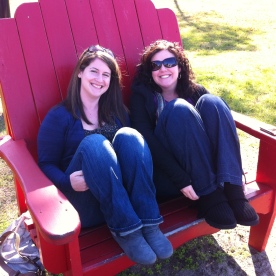 It happened in church. Something the speaker said triggered a distant memory, and although I had a sketchy image or two in my mind of the event and the principal players, I couldn’t for the life of me recall the day of the week—or even the year. It was probably not a Saturday or Sunday. Of that I was certain. Could it have been a Friday? Memory is a hot topic in psychology, and yet there I sat, someone who’d been teaching about behavior and mental processes for a couple of decades, feeling lost.

I had probably lived (at that time) 16, 425 Fridays but could recall fewer than one hundred of them—or maybe fifty. Truthfully, I had a hard time coming up with twenty. Where had all the Friday nights gone? How had they been spent? And what about the Tuesday mornings? The only one I remembered with any detail was the Tuesday at 3:10 a.m. when my daughter Elizabeth was born.

Church ended, and I forgot about the time thing. Sort of forgot, that is. It was always in the back of my mind, and I made more of a conscious effort to commit some moments to memory by jotting them down in gratitude journals. Years passed, and a couple of years ago I began taking and posting a Pic of the Day on Facebook. My iPhone made this an easy task. In fact, it was a pleasure and forced me to take notice of things going on around me.

Later I became aware of a website entitled 100 Happy Days and decided to participate in that. Several people I knew were doing it so I jumped on the bandwagon with them. Sharing the 100 days with like-minded people added to the fun and challenge.

What was especially enjoyable about the two above activities was the visual record of sights I had either seen that day or that someone had shared. I made a Shutterfly book of the Pic of the Day photographs, and the 100 Happy Days site printed 100 photos for me—for a price, of course. Since many of the photographs include scenes and people of interest, family members enjoy looking at them almost as much as I do. It helps them recall places and things too.

One day this past week I listened to an NPR podcast (TED Talk) about the shifting nature of time. It was right up my alley, and I found it educational and interesting. Psychologist Dan Gilbert’s comments were particularly thought-provoking…maybe more so than those of the physicist who talked about when time began. Since I don’t know as much about physics as psychology, I had to work harder to understand him.

But the speaker I’m latching on to this morning is Cesar Kuriyama who has developed an app entitled the One Second Video. Easily downloadable, the app helps a person “stitch together moments of your life into mini movies that you can share with anyone, or keep for yourself.” At the end of a year, you’ll have 365 one-second videos spliced into seven and a half minutes (or thereabouts).

The app costs $4.99. I downloaded it Monday and am going to start using it today. And no, I’m not working for NPR or Mr. Kuriyama. I’m just a person who realizes that time is life and that once it’s gone, it’s gone. I also know that a photograph or video can serve as a fabulous retrieval cue. So can some scribblings in a journal, but that’s not what I’m pushing today.

Was that morning in church in winter or summer? Was it raining? Were the children behaving? What was I wearing? All I know is that it was Sunday. I also know that today I’ll be recording my first one second video.

One thought on “Time is Life”