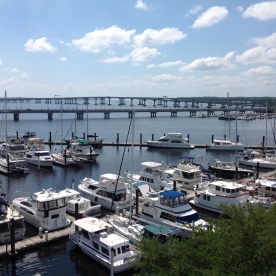 It happened again this morning. I picked up my earbuds to go walking and saw that the spaghetti-like cords were tangled. How did that happen? When I disconnected them from my iPhone after walking yesterday, I very carefully arranged them on the counter top in a way that surely would prevent any raveling. But something happened overnight, and by some mysterious process, the strings became an entangled mess.

The snarled strings brought to mind sections of the book Seven Thousand Ways of Listening by Mark Nepo. When writing about conflict, Nepo tells about garden hoses that get seriously tangled while resting in the garage. He patiently tries to untangle the gnarled mess and gets so frustrated that he feels like banging it on the floor. I’ve been there, done that and have learned that giving way to anger and frustration only makes matters worse.

Isn’t that also true with our conflicts with other people? Sometimes they just happen, and we don’t always know why or how the problem started. Was it something you said? Or maybe it was something you shouldn’t have said. Let’s make this even more complicated. After all, human relationships can be that way. Maybe the snarled knot got worse because of something you or the other party SHOULD HAVE SAID but didn’t.

What I especially like about Nepo’s passage on conflict is a story about fishermen and their nets. Nets left in the sea long enough will tangle. It’s part of what nets do (earbud strings too!). At day’s end, the fishermen stretch out the net between them and examine it for knots. With the open net between them, the fishermen loosen all of the knots that they can and cut those that are impossibly snarled.

There are so many things to consider in this action. First, the fishermen put a little distance between them. Like people in conflict, the net of relationship and experience is between them, and yet sometimes people need to separate a little more in order to see things more clearly. Those in conflict often need the perspective that distance can provide before they can see all of the knots and tangles.

Sometimes people need to separate for longer periods. The strings in the net can then be cut and then retied in a different manner, one that works better for them. A child leaving home might be a good example. Cutting the apron strings is a way of looking at this. Though the connection is still there, the dependence on the parents is cut and retied, hopefully strengthening the connection.

When looking at the outstretched net, the fishermen can see exactly where the problem area is. Sometimes we’re so emotionally tied to something that we can’t see things clearly. We can feel our pain, anger, or frustration, but we can’t necessarily see the cause of our angst. Distance can better help us answer the questions, “Can the tangle be unraveled? Can the web be made whole again?”

I’ll take up this theme at another time. For now, I need to ponder my net/web of relationships and check it for knots. What about you? Can the tangle be unraveled? Can the net be made whole again?