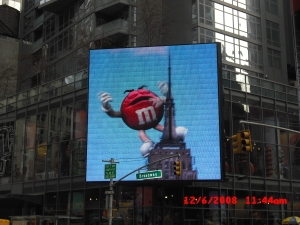 It’s been a sad season in our household for the past couple of months, but I’m coming around. Part of the reason for my resurrection is my innate temperament, and another part is a book I’ve been reading, Gretchen Rubin’s The Happiness Project. About temperament, Rubin’s book reminded me that genetics accounts for about 50 percent of one’s emotional set point.

Since I’ve been teaching psychology since, well, let’s just say a long, long time, I already knew most of the things in Ms. Rubin’s book, but I haven’t thought of the host of interesting and doable applications that she suggests in The Project. While many people think that lots of money, parenthood, or age are major factors in happiness, they really aren’t.

I’ve already put some of Rubin’s suggestions to use and can tell a difference, not just in my elevated mood but also in that of others that I’m around. That’s not surprising. After all, one of the concepts of psychology is emotional contagion, a phenomenon in which people “catch” emotions from other people. I’d rather infect my friends and family with good cheer instead of gloominess, hadn’t you?

While we were discussing my quest for more sustained happiness, my brother asked, “Why not joy?” I replied that I’m not sure that joy is as attainable and sustainable as happiness. Rubin quotes one of her blog readers who said, “But happiness is more accessible. We can be miserable and then find ourselves laughing, even if it’s just for a few seconds. It reaffirms the will to live and from there we can branch out.”

During a Celebration of Life following the funeral of a loved one last week, I saw and heard several people laughing—people who deeply loved the dearly departed. Although their hearts were broken, they could still find something funny or uplifting enough to laugh about. A quick example is of a cousin who whispered the name of her unborn child to her grandmother who was in a comatose state. No one else knows the name of this soon-to-be-born baby boy except for Nana, and as my cousin was relating the story, she smiled and laughingly told of how she had to make sure that her own mother wasn’t eavesdropping.

“Oh, your mom would never do that. If she told you that she wouldn’t listen, then she wouldn’t,” I said.

“I don’t know,” she said with a lilt in her voice. “Mom’s the one who always shakes the Christmas presents in our house.”

The conversation was mood elevating to me. The room was filled with people who lived and breathed because of Nana, and although she had “passed through the veil,” she took the secret of her new great grandson’s name with her. I love it. And so did the people who were listening, people who loved Nana’s daughter and granddaughter.

Happiness is my word for 2014. Like Rubin, I’m a happy person. BUT as she said, “I wasn’t as happy as I could be, and my life wasn’t going to change unless I made it change. In that single moment, with that realization, I decided to dedicate a year to trying to be happier.”

Me too. I’m going to continue reading and rereading The Happiness Project and apply many (most?) of the recommendations to my life. I’ll be writing about my successes and failures here and hoping that you’ll be inspired to jump on the happiness bandwagon. What have you got to lose except a sour attitude?