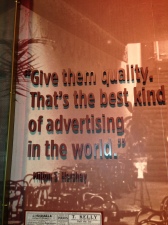 What does chocolate candy have to do with education? Read on, and you’ll see.

Wednesday’s  visit to the hospital was uplifting in a couple of ways. First, I saw that my aunt was recuperating nicely from her recent surgery. Second, I saw that two of my former psychology students are flourishing in their careers as nurses. Both incidents were positive , but the latter made my heart sing. Truly, I love it when I see students succeed, especially when I know that in many cases there were obstacles to overcome.

My sweet aunt is getting a lot of attention from her children and grandchildren today so I’m going to concentrate on the nurses, both graduates of Central Carolina Technical College.

I had never visited this floor of the hospital, and I was feeling a little disconcerted as I pushed through the double doors. The hall was wider than other hospital corridors, and I soon realized it was likely because of so many wheelchairs. I walked slowly down the long hall checking the room numbers, feeling that apprehension that a person feels when she doesn’t know exactly where she’s going or what to expect when she gets there.

And then I saw her, a beautiful nurse bent over her work at a computer. She looked up as I passed, and when our eyes met, she grinned and said, “I made it!” We hugged, and I told her that I’d never doubted her graduation and subsequent hiring. She’s a fighter, determined and persistent. Did I mention that she has four children and lives nearly an hour away from main campus?

I continued toward my aunt’s room, and when I was just about to tap on the door, I spied another former student. This guy really brought a smile to my face, not because he is any more special than the nurse I had just spoken with but because of his personality. I’m not mentioning any names. I’ll just say that my aunt and cousins said that his visits were high points in their days. He’s that pleasant/funny/kind.

Mr. X  doesn’t have four children, but he is also a fighter and a hard worker. When his employer of nearly two decades experienced a merger, this man soon became a displaced worker. Fortunately, he was eligible for retraining, and after 20 years, he found himself back in a classroom. He took to it like a fish to water. Excuse the cliché, but it’s perfect for W’s proclivity for learning and discipline. By the way, he’s married with two children, and anyone who knows anything about going to college while raising a family knows that it’s no walk in the park.

I’m a strong proponent of technical education, and if there’s anyone out there in Blogland who doubts its significance, try visiting a hospital where professional nurses work. All CCTC nursing graduates have endured and survived a demanding, high-caliber program, thus ensuring their ability to care for your loved ones and mine. That’s a reassuring thought, Folks.