After listening to “On Point” on NPR this morning, all I can tell family and friends is that if you want a soda at my house, bring your own bottle. I can’t deliberately contribute to diabetes or obesity, two of the major causes of premature death in America today. 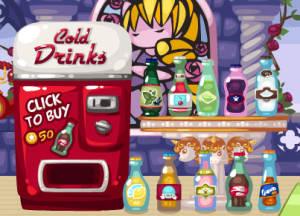 Announcement to my husband and children:  I won’t be buying any more soft drinks to serve in my home.  Nor will I buy them for any of you in a restaurant…not even the diet variety. And not even Sprite. I’ve always suspected how unhealthy they are for us, but from listening to NPR this morning, I learned that they are “uniquely bad” for humans.

Anyone who’s even halfway aware of what’s going on in our society knows that we have what’s been referred to as an obesity epidemic. Beginning in infancy, obesity (defined as weighing 20 percent above recommended weight  for height, etc.) has become a growing (pun intended) problem. We also have more problems with diabetes than ever  before, and according to the interview on NPR’s On Point, soft drinks are one of the chief culprits. High in sugar and low in nutrition, Americans gulp them down, sometimes several a day, and a doctor (didn’t catch her name) on the program believes that this habit is primarily responsible for the rise in diabetes and in obesity.

How has this happened? Some of my friends and children would say it’s because they taste good. True, but what else? A commentator on the show mentioned that soft drinks are far less expensive than 100 percent fruit juice. When people on limited incomes are trying to economize, it’s cheaper to buy Pepsi than cranberry juice. And children love the sweet syrupy taste, just like their parents do.

In addition to talking about the zero nutrition of soft drinks, the animated discussion covered the controversial topic of using government money to buy cola drinks. Naturally, people who use food stamps are upset about the possibility of having this privilege curtailed because they feel that it isn’t fair and that it robs them of their choices. One caller asked (paraphrase), “So as a taxpayer, I not only have to work to support the people on assistance but now I have to support, even encourage their poor health too? I have to buy their groceries and promote obesity too?” It should be interesting to watch how this situation plays out in New York, especially if Mayor Bloomberg has his way.

It’s easy for me to spout off about this topic because I don’t have a craving for Coke, Pepsi, Sprite, Mountain Dew, Dr. Pepper, or any other cola beverage. For a long time, however, it’s bothered me to see people consume such huge quantities of it when it has zilch in the way of nutrition. I was just thinking about Thanksgiving and how yummy the sweet potato soufflé is going to be.  I’d also like to try Connie’s recipe for hummingbird cake.  Those items are loaded with sugar, but somehow I can justify it because of the vegetable/fruit ingredient. But what, my friends, is the healthy ingredient in cola beverages?

Maybe I’m just like everyone else, able to rationalize about the merits of what I like while failing to see it in the preferences of others. That’s too much for me to ponder this evening. All I can tell family and friends is that if you want a soda at my house, bring your own bottle. I can’t purposely contribute to diabetes or obesity, two of the major causes of premature death in America today.

P.S.  Just have to add this afterthought. When I walked into the building for my afternoon class, I heard an interesting conversation coming from the break room. A young man was stocking the drink machine, and one of the people watching him asked when he was going to put the real Mountain Dew in the machine, not the diet stuff.

4 thoughts on “Pepsi or Cranberry Juice?”