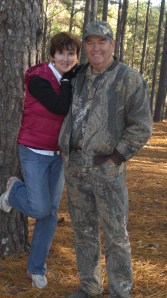 A friend of mine is getting married Saturday, and this upcoming event has me pondering exactly what it is that makes marriage work. While there may be several factors involved, I particularly like some suggested by psychologist John Gottman (The Seven Principles for Making Marriage Work).

Gottman says that what makes marriage work is surprisingly simple. Happily married couples have conflict just like unhappily married ones, but they handle it differently. For one thing, they keep their negative thoughts and feelings about each other from overwhelming their positive ones. Plus, they keep quiet about some of these things. Criticizing merely serves to hurt the other party so why do it?

Happily married couples don’t allow major differences of opinion to destroy their marriage.  Gottman found that 69 percent of conflicts involve perpetual or unresolvable problems. Jewish or Christian? Catholic or Mormon? Miser or spendthrift? While people might try hard to change each other, it doesn’t work. Successful couples know that significant disagreements are about values and different ways of seeing the world and that these things don’t change. Eventually, they accept each other and the differences rather than continuing to try to control or change things.

As a quick example, my husband loves to hunt and is in the woods/swamp much of the time from September through December. Not having grown up in a hunting family, this was totally foreign to me. It still is. I just don’t see how anyone could actually enjoy getting all excited about killing an innocent animal, especially when I think about the elaborate ruses (corn, special cameras) used to attract or keep an eye on Bambi and friends. My sweet husband has patiently explained to me more times than I can recall about the need to keep the deer population in check. He usually ends the “lesson” with a reminder that I eat hamburgers and that hamburgers come from a cow. Does this make a difference in how I feel about taking the life of a deer? Not one iota. But have I learned to “go with the flow?” Yes. He’s not going to change and nor am I, and getting perturbed about this basic difference in values and behavior is not going to change either of us.

Here’s another big surprise. According to Gottman, happy marriages are not unusually open and honest. In fact, they shove a lot of issues under the rug. This flies in the face of many types of counseling techniques that advise open communication. Gottman feels that too much honesty can have a detrimental effect since no one like to be told about his or her shortcomings even if it’s for their “own good.” Maybe the best thing to do is to feel the anger or annoyance and then split up for a while. In our case, he goes hunting or golfing, and I go walking or shopping.

And finally, Gottman says that keeping romance alive is important. However, it’s not necessarily the moonlight and roses that count but rather the day-to-day forms of attention that the partners give each other. When my friend Lisa calls her husband on the phone, he answers by saying, “Hello, my love.”  It’s a little thing, and yet in relationships the little things are the big ones.

There’s a lot more to it than this. There’s friendship, mutual respect, and admiration…and love, sweet love. Does anyone else have any advice for Carol and Randy?

7 thoughts on “Making it Work”